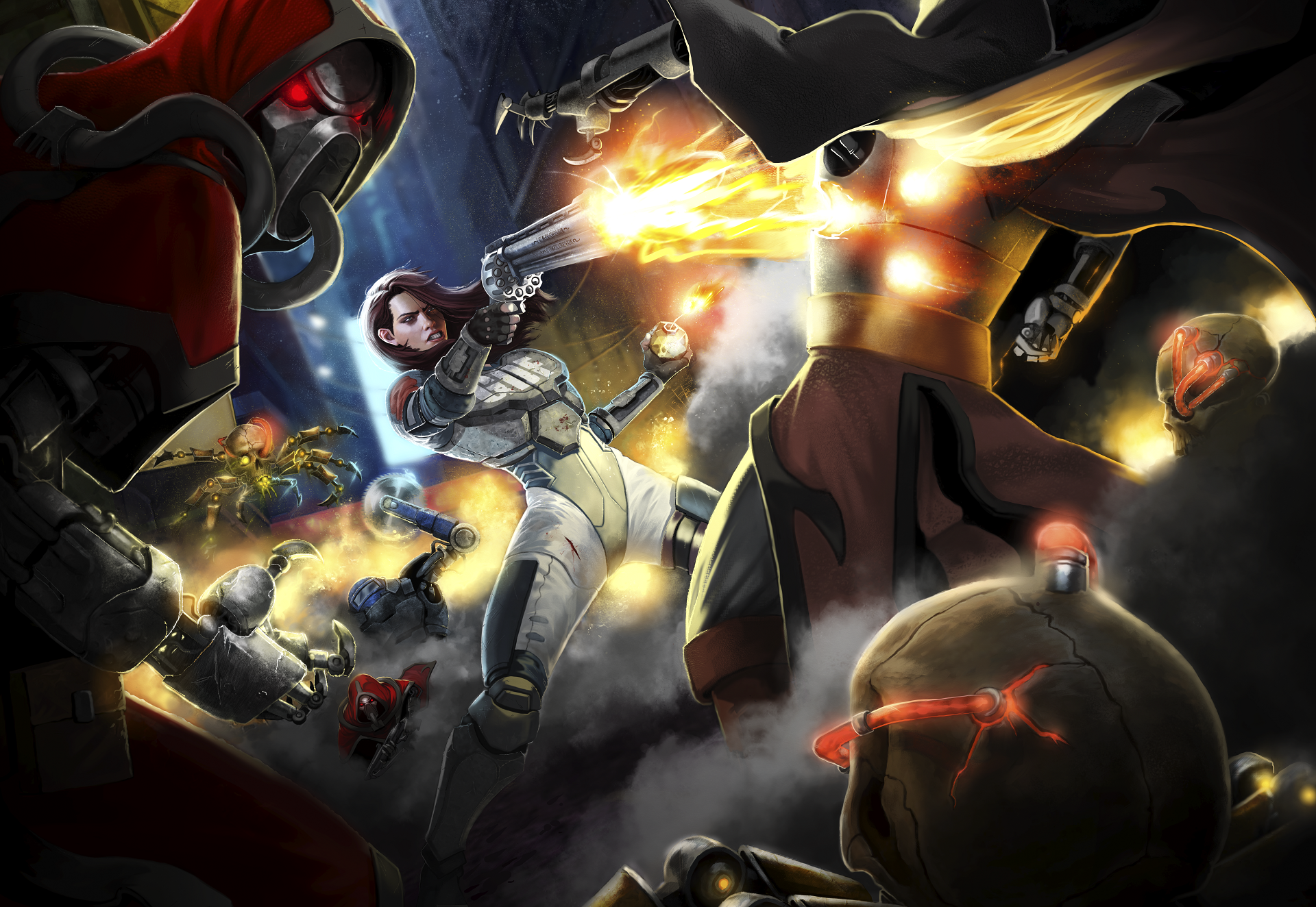 Ion Fury is a first person shooter running on the Build engine, known for games like Blood, Shadow Warrior and Duke Nukem 3D. It’s an era of first person shooters I have no real experience with: I started with Doom then made the jump to things like Timesplitters and Red Faction, and in addition to that lack of experience it’s an era I’ve never really seen the appeal of, personally. They may have been something special back then but if this is representative of what the Build engine had to offer then times have changed for the better. Bear in mind DOOM Eternal came out earlier this year, and in terms of retro fixes, so did Streets of Rage 4.

You are Shelly “Bombshell” Harrison, a cop in a futuristic city pursuing someone called Heskel, who has a seemingly endless supply of robots that come in various forms, ranging from humanoids in ponchos and flying brains to teleporting, skinless bodies and tank people. That’s it for story; Shelly cuts a bloody swathe through the environments spouting pop culture quotes like Duke Nukem, whether they fit the tone or not (She makes Breaking Bad references of all things), guns down loads of robots and at the end presumably kills Heskel. I wouldn’t know; I didn’t finish it. I gave it a good go- there are apparently seven chapters and I got a decent way through the fifth one- but any feelings of fun or enjoyment I had were overshadowed by the game feeling like a slog; a wearisome experience that just stretched on to eternity with no end in sight. It’s not a bad game as such, it just has no hook, or really any reason for me to keep playing it. The shooting is fine but lacks any real punch besides the shotgun and bombs, the levels have bursts of interesting design before falling back on industrial tunnels and sewers, and there are various annoying niggles that pile up. There are weapon reloads despite your ammo count just being a number signifying your total amount. There’s fall damage, and despite being two different ammo types using the same gun, accessed with the alt fire button, the grenade launcher and shotgun take up separate weapon slots, which is annoying when you’re under fire, try to take out the shotgun and end up splash damaging your face off. Running and gunning is rarely viable, as enemies easily chew through your health and armour, there’s heavy splash damage on explosives and enemies often have an easier time hitting you than you do them, particularly the flying ones. That’s the game’s problem: there’s no one, big issue that ruins it, just a series of smaller ones that all come together to result in something mediocre. Of the three games I’ve reviewed recently this is by far the longest, and has absolutely no reason to be. Were this a shorter experience like the other two, it would be better. Not good, but better.

So that’s Ion Fury: not bad, but not good either. A combination of nuisances and its length resulted in me just giving it up to play something more fun (Double Dragon Neon, specifically). Mediocre.