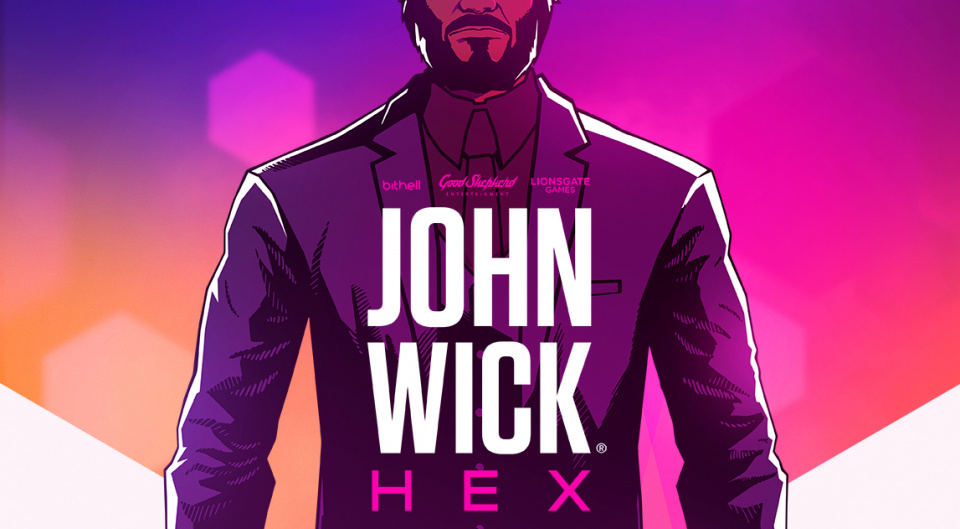 A John Wick videogame seems like a bad idea to me. Don’t get me wrong; I adore the man and his three films, really I do, but Wick’s style of combat doesn’t lend itself well to a free-movement action game where the player can act, for lack of a better term, out of character (See Payday 2). So John Wick Hex caught my eye when it was released last year on PC: a grid-based, tactical action puzzle game, with limits on actions and movement as a key gameplay mechanic. It came out on PS4 recently so I finally got to give a go.

Winston and Charon have been kidnapped by the titular Hex: a mysterious, powerful underworld figure with a vendetta against The High Table, who plans to kill the two on the steps of the Continental to show off his power. This is in retaliation for The High Table killing his Father, an act Winston vocally deems entirely justified. Hex chatting with his captives acts as a framing device for flashbacks of John moving from location to location seeking info on his captive friends, dismantling Hex’s empire in the process. That’s it really. No one speaks during levels except Charon, Winston and Hex discussing something pertinent to that location; John remains silent for the whole affair, and the game ends on a brief, unfulfilling note. The idea of an individual potentially able to rival The High Table is an interesting one, but they don’t do enough with it; he’s just a big villain John can kill while still in the employ of The High Table, rather than have him fight other assassins as he does in the films.

Fortunately, the gameplay has a lot more to offer. John moves on a grid made up of dots rather than large squares, and crucially rather than a turn system, everything instead takes time. Enemies act at the same time as you; they take time to move, aim and shoot, as does John. This is used to your advantage with a variety of moves you can pull off: crouching to present a smaller target and improve your accuracy, rolling, parrying, striking and performing takedowns on enemies as well as pushing them forward; it’s up to you to decide what the best action is at any given time. These actions all use up your Focus bar; refilling it is a brief action but still takes time, and running out of focus by performing the more elaborate melee moves or getting melee’d yourself leaves you only able to shoot. Firing a gun takes an amount of time relative to the type of gun and model; pistols quickly fire twice for low damage, revolvers take longer for more damage, machine pistols and SMGs fire five times and take a while, powerful shotguns and carbines take a second to line up the shot but hit for high damage. It all comes down to positioning and timing; popping into cover as an enemy’s about to fire, stepping out to cap them when they’ve broken their aim to reposition, performing takedowns when you’re close enough and parrying enemies with a quick chop to the throat when they’re about to attack. There are melee-only enemies too, and both they and their armed colleagues increase in health and damage as the game goes on. John always starts with a handgun and two full magazines, but apart from any guns smuggled in by The Continental all guns only have their current ammo available, and must be swapped out when empty. This does punch a hole in John’s propensity for planning, but it’s a gameplay mechanic so I’ll let it slide. I do have a few bigger issues though: some of the time requirements don’t seem to make much sense and are only there for gameplay reasons, namely some guns taking longer to fire than others, when in the films John is lightning quick with any and everything he uses. Revolvers in particular take a lot longer to fire than pistols despite them both being handguns, to the point where I was reticent to use them. Some guns will also fire a set number of bullets regardless of which one kills your target: SMGs and Machine Pistols might kill an enemy with the first shot then let off four additional ones at nothing, costing you precious ammo as a martial artist strides up behind you planning to judo throw you. Also you can’t run, so when you step out into one of many ambushes and want to retreat to a safe spot you have to waddle away like you’ve shat yourself as a conga line of enemies follow at a similar pace. Each level ends with a boss who takes and gives a lot of punishment, but can easily be felled by just repeatedly twatting them until they run out of focus (strikes cost nothing), shoot them while they wander off to refocus then take them down so they’re defenceless for more shots. I beat the final boss that way, it was pretty anticlimactic really.

Having said all that, the game does do a good job of making you feel like John Wick, particularly when things are flowing well. The movement, shooting and melee attacks all feel as authentic to the films as they can given the limitations put on John to serve the gameplay. It’s my favourite kind of puzzle game; one where every puzzle is “These people are alive” and every solution is murder. I’m a big fan of John Wick and despite some frustrating elements I think this game does a good job of putting you in his shoes. It’s just a shame the gameplay isn’t matched by its story, which introduces interesting elements that are all just thrown over a balcony at the end. If you want a puzzle game based around timing and position in combat, and if you’re a fan of the films, give this a go.