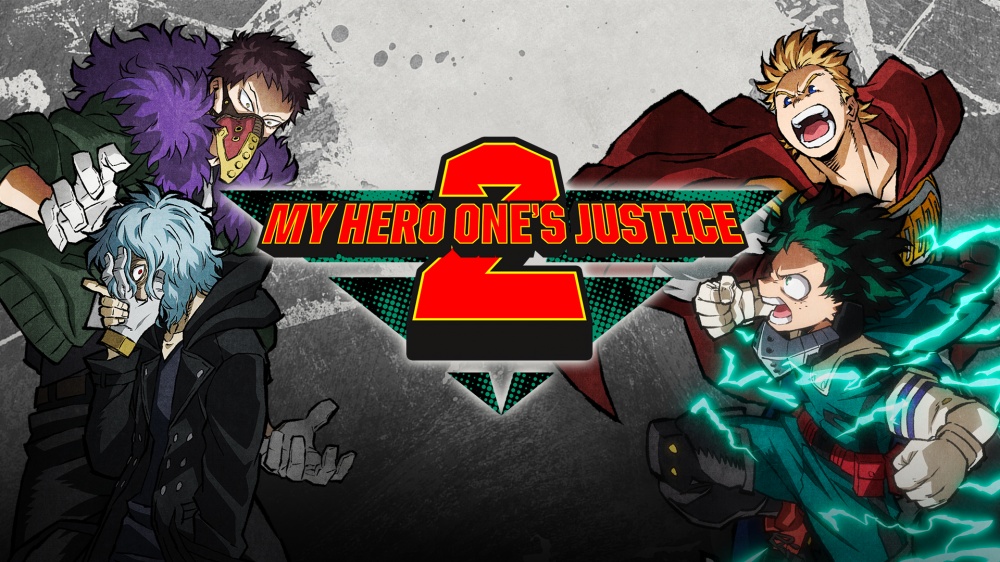 Despite my love for the series on which it was based, I slept on the original One’s Justice. Not because I thought it’d be bad, I just never got around to playing it. Now the sequel’s rolled around and it focuses on the Overhaul arc, with new playable characters in addition to the previous game’s roster, and having caught up on Season 4 of the anime recently it seemed like a good idea to pick it up. Please note that the game assumes you’re familiar with the events of Seasons 3 and 4, and so I will be talking about it in a way that could be considered spoilery.

The story mode covers the anime (with still images from it) from All Might announcing his retirement after his final battle with All for One, through the Provisional License and Internship arcs, Overhaul and the Shie Hassaikai, and ending with 100% Full Cowling Deku vs body horror Kaiju Overhaul. Completing it unlocks a version from the Villains’ perspective, which ends with Shigaraki and Mr Compress mutilating the arrested Overhaul. The story mode does have the occasional in-engine cutscene, but the majority of it is told in still images that shake and bump into each other sometimes, with voice acting. Some missions are entirely cutscene based, but despite being called “Video” they’re slideshows of anime screen caps. It covers all the big fights, and does at least try to give everyone something to do, even if it often relies on generic goons to do so. The villain side suffers from this a lot; getting into scraps with lowest-tier members of Shie Hassaikai, and unfortunately Suneater’s big fight with the three “Trash” members of the Eight Bullets is one of these very same nameless goons instead. As story modes in anime games go, it’s fine. It’s clearly not the focus of the game, and it’s obviously not the best way to experience the story, but it conveys the events well and does the best with what it has. For the most part, when it’s dealing with big name characters fighting in arenas deemed important enough to be in the game, it works well. When it’s a big name character versus a nameless stand-in, in an arena that’s also acting as a stand-in for a location that didn’t make it, it’s not so good. There’s also an arcade mode, where you pick one of three paths per character and fight a linear sequence of opponents. Each fight ends with a brief exchange of dialogue between the two fighters, which is nice, and an arcade mode is always welcome in a fighting game. Personally I tend to go for free battle mode, which is this game’s term for a VS mode against the CPU or another player, but it’s nice to have the game pick a run of opponents for me. Finally there’s mission mode, where you buy characters to stock an agency that then engages in grid-based fights. The grid is stocked with opponents who destroy the area they’re in at varied speeds, you need to move around the grid one spot at a time and beat them all in one round fights.

So then, what’s it play like? Well, it’s a one-on-one, 3D arena fighter with two assist characters. There’s one button for melee attacks, two buttons for the character’s quirk (the MHA word for super powers) and moving the left analogue stick while pressing any of the three attack buttons acts as a modifier, usually a more directed or long-range attack. There’s a sprint button, which is useful given how slowly most of the characters move on the ground normally, a homing air dash thing on the same button, a dodge, a block and the aforementioned assists. There are three super attacks; a level one, a level two and a level three that is your character and their two assists all doing their level ones at once for massive damage. I prefer 2-D fighting games, and this 3-D arena take more common in anime games is varied in quality, but One’s Justice does it well for the most part. Combos are easy to pull off, unblockable attacks are useful but can just be avoided or countered with other attacks, movement is fluid and, most importantly, it’s fun to play. The only issue is that dodging and blocking aren’t easy to cancel into, and while there’s a quick recover button, it only works when you’re not under direct pressure. It’s not a big issue, but it is noticeable. The game’s best aspect is how well it implements the anime’s quirks into a fighting game environment. The obvious combat-focused characters like Deku, All Might, Bakugo and the like work as well as you’d expect, but more surprising is how fun characters like Jiro, Ashido and Toga are to play; while everyone controls the same, each character has their own spin on it. Kirisihima has super armour on his attacks, Shigaraki can create large patches of decaying energy, Jiro has long-range attacks based on her sound powers as well as solid hand-to-hand skills. Each character feels viable, even if their are ones who stand out as easier to use, or able to cause more damage quicker and easier.

Overall, One’s Justice 2 is a good time, particularly if you’re a fan of the anime and/or manga. The story mode does a decent job of adapting a large chunk of the anime, despite its reliance on screen caps and nameless goons, and the meat of the game; its fighting, is fun and implements each character’s quirk well. It’s not the best anime game I’ve played, but I enjoyed it, and if you’re a fan of My Hero Academia then it’s worth a look.