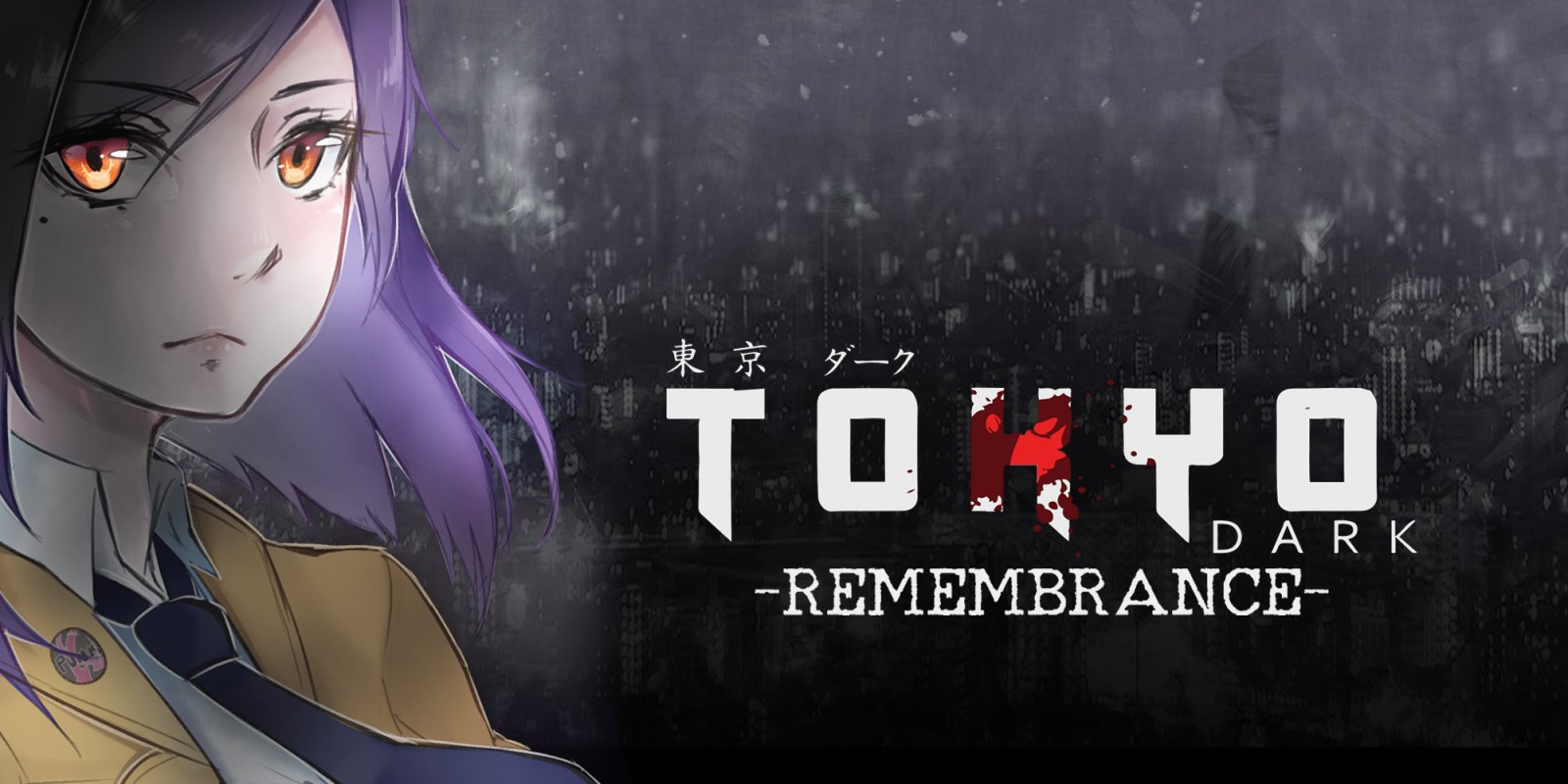 Tokyo Dark -Remembrance- is a point and click detective story with an anime visual style, and caught my eye due to it being that exact combination of things. It starts with one of those very serious “YOUR CHOICES MATTER” messages, though in this case backs it up by having the game constantly autosave, setting any choices made in stone. You play Detective Ayami Ito: a mysterious mask causes her to lose control of herself and shoot a hostage taker named Reina, and later her partner and boyfriend goes missing only to reappear and be killed before Ito’s eyes by Reina, seemingly back from the dead. She’s understandably shaken, medicated, and put on paid leave pending a reassignment from violent crime. Paid leave can do one though, because Ito’s going to solve this thing herself; taking the mask and fleeing the station to find out the truth behind Reina’s reappearance.

It’s quite a simple story, and while I won’t go into detail for spoiler reasons I will say that it spends a lot of time addressing the darker parts of humanity. Abuse, violence, grieving, despair and suicide are all present; Reina’s backstory and how she became tangled up in the mask and the effect it has on Ito, and how Ito goes about her investigation depending on your choices. The game has a stat system called SPIN: Sanity, Professionalism, Investigation and Neurosis. Sanity is pretty self-explanatory; seeing horrible things has a negative impact on Ito’s already damaged mental health, as well as certain actions that tie into the next stat: professionalism. Despite being on leave Ito is still tied to the police, and has to weigh up a by-the-book approach against more direct, often quicker methods: using her sidearm to shoot locks off things, accepting a drink when offered, threatening and hitting people to get information, even straight up murdering someone at one point: these are all viable options to get what you want, but doing them leaves Ayami shaken and wondering why she’d take such a drastic route. Investigation points are earned by doing just that: investigating, and the stat lowers in direct contrast to a rise in sanity when you have Ito take her medication (pleasingly this isn’t some bullshit “Going off your meds makes you more creative” thing but just because the pills make her sedated and drowsy), though I didn’t notice the stat having an effect on what you find in the environment. The game highlights everything you can interact with, and you jump from point to point rather than moving a cursor around, so it’s not like you’ll miss anything. The final stat, neurosis, is increased by doing things like repeatedly talking to people you’ve already exhausted dialogue options with, pacing back and forth, wandering aimlessly, things like that. It’s an interesting stat but didn’t come up all that often compared to the more general sanity stat. It’s unclear how much of an effect SPIN actually has on the gameplay, but the constant updates add to the impact the choices have, and the constant implementation of said choices, alongside how drastic they can be, keeps things interesting for the game’s short duration.

The choices are also what stop the game being just a visual novel, which is what makes up the rest of the gameplay. Conversations aren’t voiced and rarely have dialogue options, every character has a still portrait, with cut-ins appearing for certain actions and choices, but outside of them Ito has free movement, and every choice is made in real time, sometimes with a time limit. There are eleven endings in total, as well as dramatically different choices to make and side characters to talk to and have an effect on, which combined with the short length means I am planning to play through it again sometime.

So that’s Tokyo Dark -Remembrance-: a neat little detective story visual novel with a focus on choices. It kept me entertained throughout, and if you’re interested in a game where you can choose between playing things cool and calm and just going completely off the rails, it’s definitely worth a look.