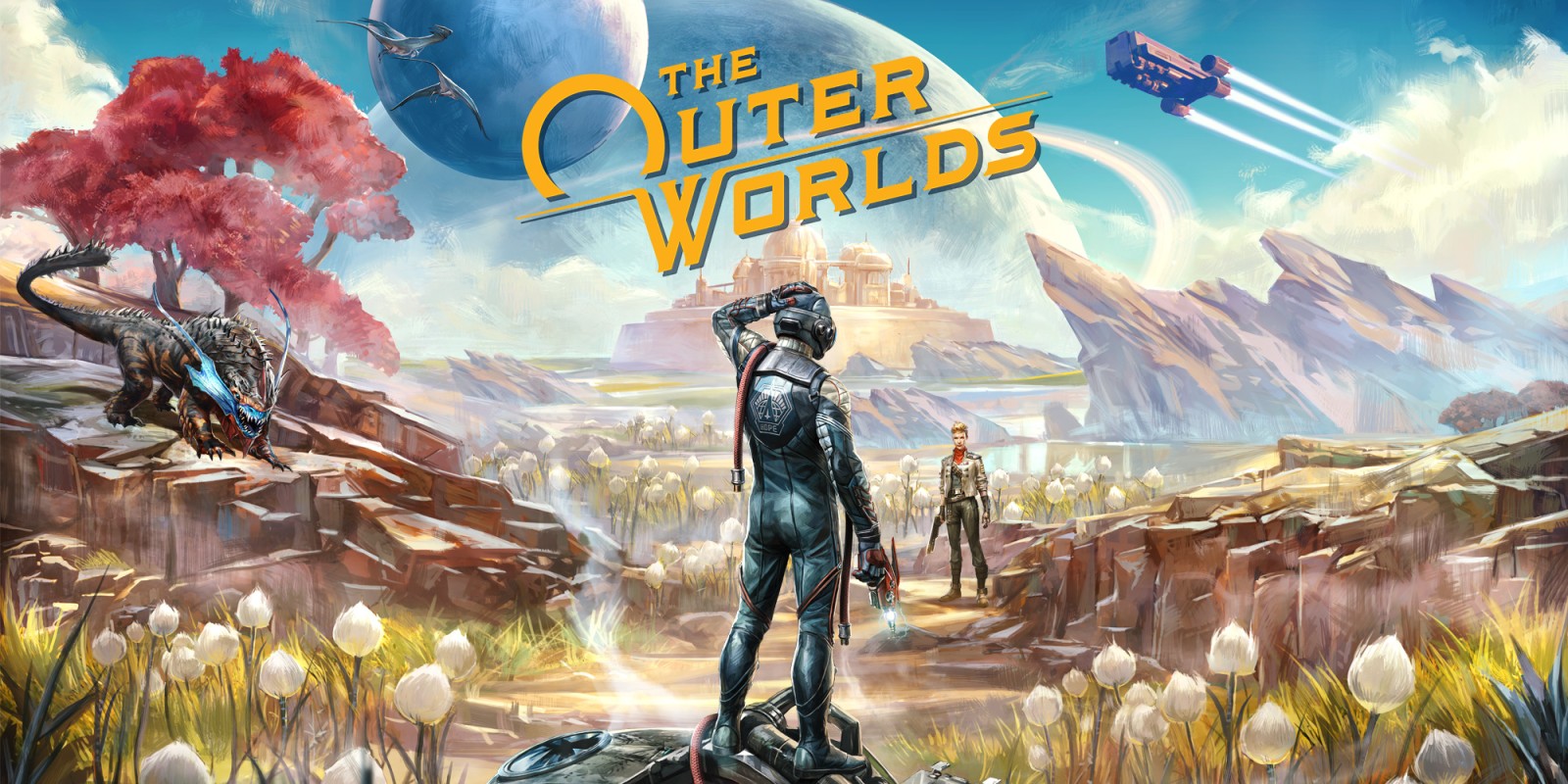 “It always comes down to the Hunters’ helper to clean up after these sorts of messes.” After Bethesda didn’t so much drop the Fallout ball as slam it into the Earth’s core, it falls to Obsidian to make us all feel better with a spiritual successor of sorts. Having said that the game is not, as I had heard, basically Fallout in space. It does, however, have enough New Vegas about it to be noteworthy, and while it’s unfair to judge it entirely on those standards, it’s too explicit to not make comparisons.

You are a future colonist frozen in suspended animation, aboard a ship called “Hope” filled with Earth’s brightest and best en route to Halcyon, a human colony in space. Unfortunately you’re being thawed out seventy years too late by a mad scientist who needs you to deal with the absolute shitshow Halcyon has been turned into by its rulers “The Board” and their various corporate entities. Far from a blank slate on which to write the next chapter of humanity, Halcyon is a nightmare of scrutinised, micromanaged corporate bullshit in which people are required to start conversations with advertising slogans, debts to The Board can legally be covered by forced organ donation, and the whole system is on the verge of collapse because it’s being run by people for whom profit is the bottom line, everything else be damned. Subtle it isn’t, but that’s by no means a bad thing. Commandeering the name of recently deceased smuggler captain Alex Hawthorne (though you can still tell people your real name) and his ship The Unreliable, you and a gradually built crew travel around the Halcyon system getting into scrapes, helping people out and taking any opportunity to kick The Man (the proverbial Man, not Becky Lynch) in the bollocks. The overarching plot of the Captain helping their new ally Dr Welles thaw out everyone else on the Hope so they can turn things around for Halcyon is largely just a frame on which to hang the more personal stories and sidequests found in the system. Towns with problems that need solving, leadership disputes, sides to take or peace to broker, local criminal elements to get involved with, that sort of thing. As well as the obvious Fallout comparison the game often feels like a less militaristic Mass Effect; you select your crew the same way when you leave the Unreliable, they all have loyalty missions you can do, and the moving between space ports and planets filled with either hostile wildlife or people in need of a competent space adventurer feels a lot like Bioware’s series. The writing is universally good, the quests are universally solid even if they’re not all stand-outs, and the crew are all great; particularly adorable, asexual, queer, mechanic Parvati and drunk, soulful, savvy hunter Nyoka.

The New Vegas comparison is most evident in the gameplay, in particular the skills, flaws and dialogue options. Flaws are negative effects that pop up naturally in response to events; things like being scared of robots, addicted to drugs, scared of heights, that kind of thing. They all offer a perk point in exchange for a debuff, and can be taken or left as you see fit. There’s a wide range of skills pertaining to combat, as well as hacking, lockpicking, mechanics, stealth and medicine. They all have effects on gameplay and dialogue to open up alternate routes to your objective, both physically and by talking your way into, out of and around things. Taking this a step further is New Vegas’ “Speech” option being split into three separate categories: Lie, Persuade and Intimidate. In practice this is largely superfluous and entirely down to personal preference, but it adds depth to the role playing. Despite the focus on first person shooting, in a way that felt to me like a plasmid-free Bioshock what with all the shooting and rooting through cupboards and the like, this is an RPG, and besides the fights with marauders and alien creatures you can talk your way out of anything, particularly when combined with the game’s disguise mechanic. As long as you have the correct ID you’ll automatically equip a disguise upon entering a restricted area. It runs on a time limit, but once one of the four bars empties and nearby guards take notice of you, you can talk your way into having them leave you alone again. Perks are mostly just useful augments to existing skills; carry more, do more damage, that sort of thing. A little boring and safe compared to New Vegas, but they’re useful. Speaking of New Vegas, Outer Worlds’ V.A.T.S equivalent is the ability to slow down time, which becomes especially useful once you’ve upgraded your ranged weapons skill, at which point slowing down time and aiming at an enemy lets you cause various status effects depending on where you shoot them, from obvious ones like crippling a leg or maiming an arm, to more interesting ones like temporarily blinding them or, my personal favourite, knocking them out briefly to be bombarded with further attacks. The way skills work encourages you to branch out rather than stick to a narrow focus: they come in groups of three, and you put points into each group until a skill hits fifty, at which point you have to top them up individually.

So that’s all good, but are there any problems? A few, but they’re mostly subjective. It’s quite a short game for its type, and surprisingly easy; gunfights are easily won with the right equipment (which isn’t hard to obtain) and two companions, and putting points into the three speech skills will get you past the majority of things that don’t come pre-aggro’d. That said there is a super hard difficulty with factors similar to New Vegas’ Hardcore Mode, so maybe that evens things out. Less subjective are the frequent, not inconsiderable load times that break up travelling. They’re more irritating than anything else, but still worth mentioning.

Overall The Outer Worlds is great. Obsidian clearly know what they’re doing and have filled the void left by Fallouts 4 and 76 with a consistently enjoyable action RPG with great writing, characters, a wonderful anti-corporation viewpoint and a dedication to alternate methods of problem solving. Top notch.