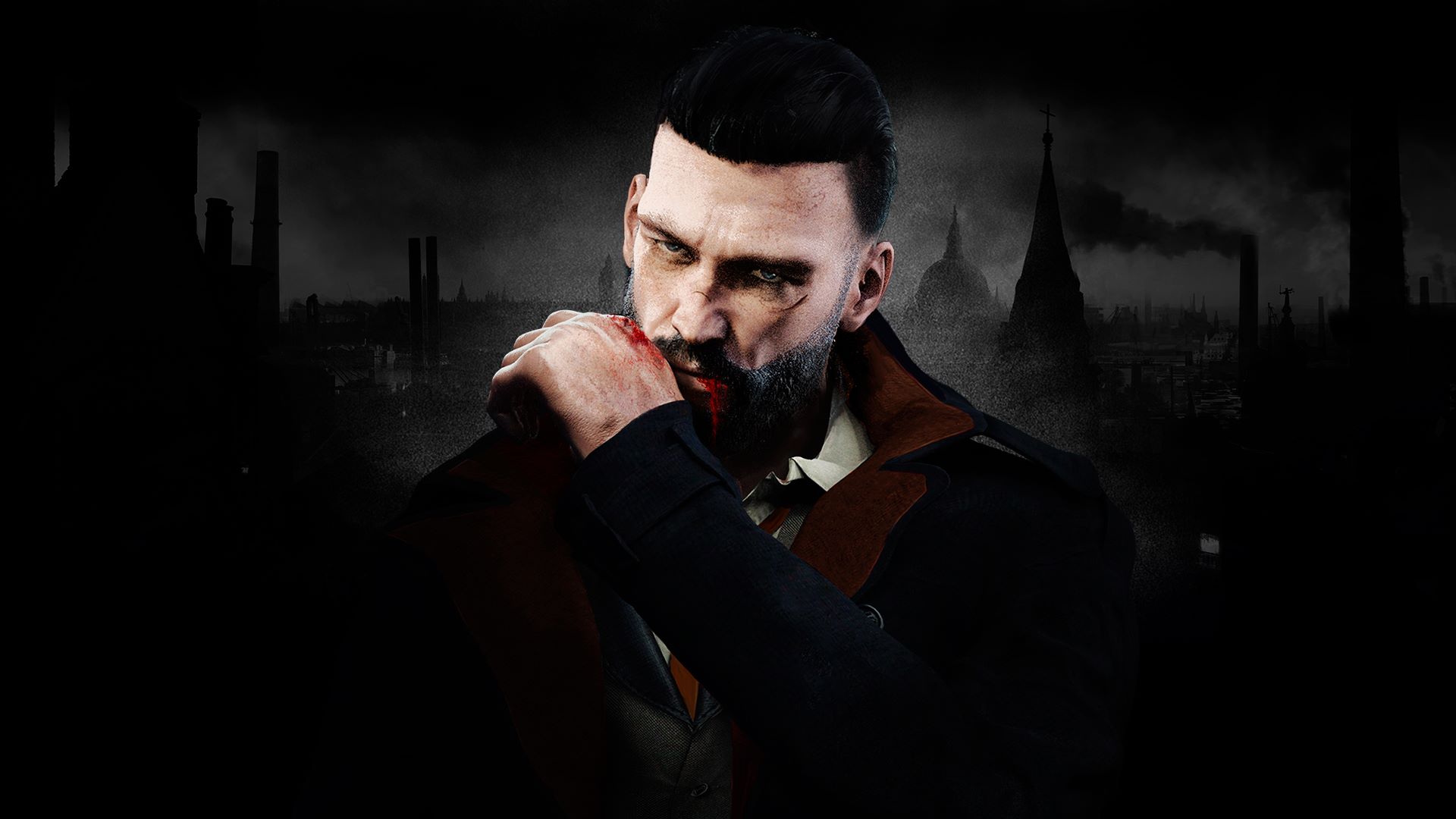 Vampyr comes to us from Dontnod, creators of the original Life is Strange and the ironically named “Remember Me”, and hopes to quench the thirst for a proper vampire game, a genre that’s surprisingly sparse. I don’t know why; as power fantasies go being an immortal creature of the night with super strength, speed and a penchant for manipulation and inserting oneself into events with the callous abandon that comes with immortality sounds like a no brainer as far as videogames go. You are Dr Jonathan Reid, England’s foremost expert on blood transfusions and World War 1 combat medic who wakes up in a mass grave in 1918 London. Turns out he’s a Vampire, or “Ekon” as the game sometimes calls them, and finds himself stuck in two roles: finding his maker and taking his new place in London’s Vampire society, and working at a local hospital to combat a lethal, viral epidemic that seems to be linked to “Skals”; Vampire spawn with a more monstrous form and a taste for flesh rather than blood. Much like Dr Reid, the game itself is caught between two worlds: hand to hand combat against Vampire hunters and Skals, and a dialogue tree-based, story-focused RPG in which a variety of London denizens provide sidequests and much needed nourishment, if you want it. See, Vampyr’s USP is that each human living in a district counts towards a percentage: percentage gets too low, the district becomes a killing zone and all remaining civilian NPCs either die or go missing. But draining civvie blood is the fastest and most reliable way to level up: we’re talking 2,000XP a pop over 5 for killing three goons in a fight. You do gain more XP for completing missions and clearing milestones, but not draining civilians will leave you frustratingly under-levelled: on two occasions I had to retreat from a boss and optional boss to drink my way to a higher level in order to even stand a chance. I was several levels behind the final boss even though, despite not killing literally everyone I could, I had every district plunged into chaos, so I can only imagine the sheer Hell of doing a “pacifist” run. It doesn’t help how often you run into trouble on the streets of London. There’s no fast travel, and the various story missions take you all over the game’s map, which is crawling with Vampire Hunters and Skals even when districts are stable, so combat is inevitable. Fortunately, while not particularly interesting, the combat is decent. It’s melee based, with two handed weapons allowing parries and one-handed weapons allowing a second weapon used to attack enemies from afar, or deal stun damage so you can bite them, that sort of thing. Vampire powers range from boring but practical stuff like clawing at enemies, healing yourself and creating shields, to more elaborate things like opening shadow portals under enemies, stopping the blood in their veins to keep them still, or boiling their blood for damage. Unfortunately the only ones I really found useful were the claws, one damage-dealing super and healing, and upgrading my two-handed weapon quickly made the first two redundant. Parrying deals massive amounts of stun damage, two-handed weapons aren’t much slower to use and once upgraded do ridiculous damage, helped along if you upgrade the damage of Jonathan’s bite, which also refills your health and the bar that governs the use of special moves. Do you feel like a Vampire? Kind of. The biting and shadow-based flashstepping help, and personally I was always fond of letting a Vampire Hunter Cleric swing his crucifix-on-a-stick at me so I could smack it to one side and drink his blood, but in my experience at least the Vampire powers take a backseat to clobbering.

The story side of things fares well, but is sparse by comparison. The role of Vampires in London and their society is only briefly touched upon, Jonathan only has one Vampiric ally, and in order to dedicate time to his role as a physician any in-depth look at London’s Vampire world gets lost in the shuffle. This is a not a “Masquerade”-style RPG with multiple factions and story threads, it’s a focused story about a man trying to stem the flow of a horrible disease and he also happens to be a Vampire. Civilian NPCs all have their own stories, to the game’s credit, but I didn’t hear a lot of them because I viewed the civilians, in traditional Vampire style, as talking sacks of tasty blood. I would also like to point out that, having read up on the game’s multiple endings all of them seem thematically sound with the playthrough that leads to them, particularly the one I got. When the game gives the story room to breathe rather than smothering it in hand to hand combat it’s enjoyable, and each little Vampire tidbit speaks to a potential that could be explored in a sequel with a broader scope.

The game does have issues that can’t be ignored however. Chief among them is its frequent, long load times. I played a digital copy of the game on Xbox One and the game regularly stopped to load upon entering a district during a story mission, often two or three times in quite rapid succession. Dying leads to a long load every time; the same length of time it takes when you load a saved game upon booting it up. It’s frustrating. This might not bother some people so much, but the game also has an ultra-aggressive auto save system. There are no manual saves, and the game auto saves constantly so as to instil the message that “Your choices have consequences”, but in my opinion that really doesn’t suit this kind of game. It’s a story-based RPG, I want to play around and see what I could have done differently.

Overall, Vampyr is solid, if a tad underwhelming. The melee combat is fine but it draws too much focus away from an interesting story glimpsed through a wall of Vampire Hunters you have to cleave your way through with a machete. The world Dontnod has built is interesting, the atmosphere is great (especially when depicting the darker side of Vampire life), the choices all make sense and it does feel quite good to be a Vampire. It’s just the overwhelming focus on combat and not enough on the story that holds it back, but I had a good time, and if you’re at all interested then I recommend giving it a look.